Coming to the end of the month we see no signs of the markets slowing down. Average asking prices have increased yet again, this time by 1.8% increase on what was an all-time high only last month.

Prospective buyers are now faced with record prices for new houses coming to the market in all regions of the country except London. On a year-on-year comparison of May 2020 vs May 2021 we see Wales as the fastest-growing region by a massive 13% followed by the North West at 11.1% and even in the south of England the prices has increased by a huge 9.7% year on year.

The market also seems to have enough momentum to shrug off the impending end of the stamp duty holiday in England and Wales where buyer demand has soared by 52% in some places.

Sales completion forecast is set to rise to around 1.5 million. Buyer demand has been string since the end of the first lockdown last year as households reassess how and where they are living especially if there is now a need to work from home. Many older households are also re-evaluating their household needs and moving for the first time in many years. First time buyers remain very active in the market, with better access to mortgage finance. 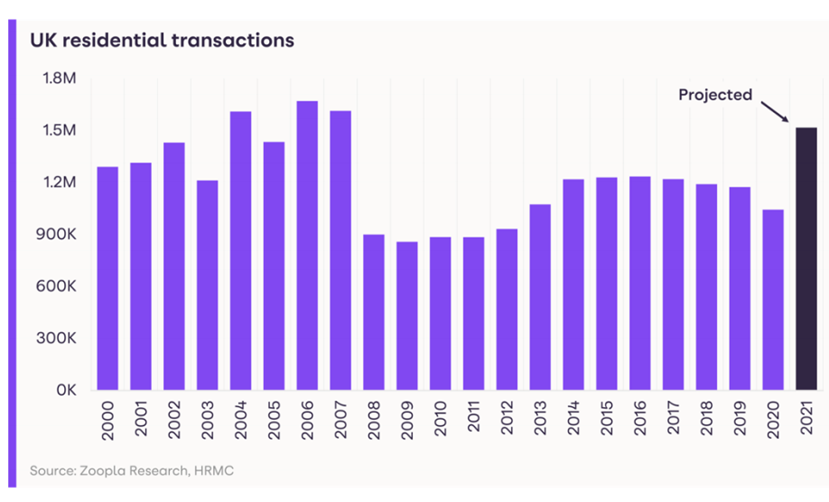 The time between listing a property and securing a sale subject to contract has fallen by 10 – 15 days in the North West, Wales and Yorkshire and this is accompanied by the highest levels of price growth. 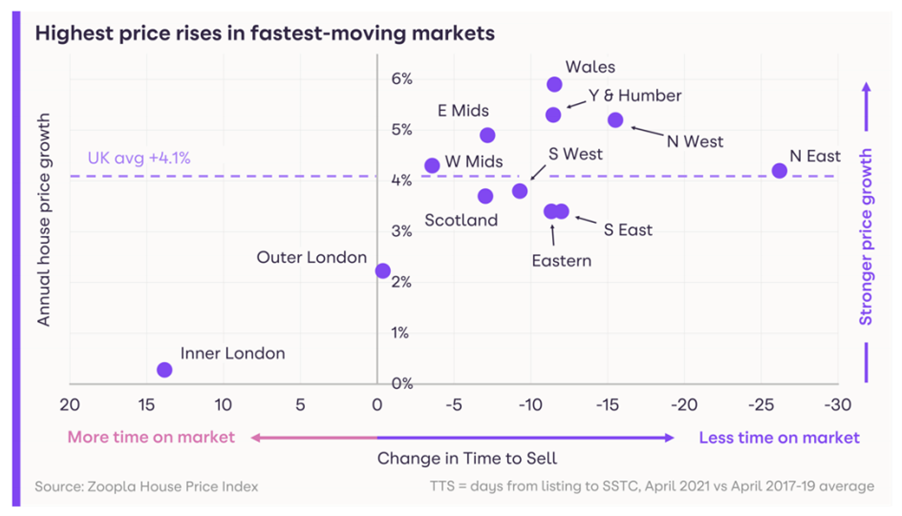 Average time to find a buyer has also dropped significantly over the last year from a peak in May 2020 with properties taking 88 days to sell (figures are probably effected by the previous two months of lockdown raising the average) down to nearly half of that last month with an average of just 45 days. 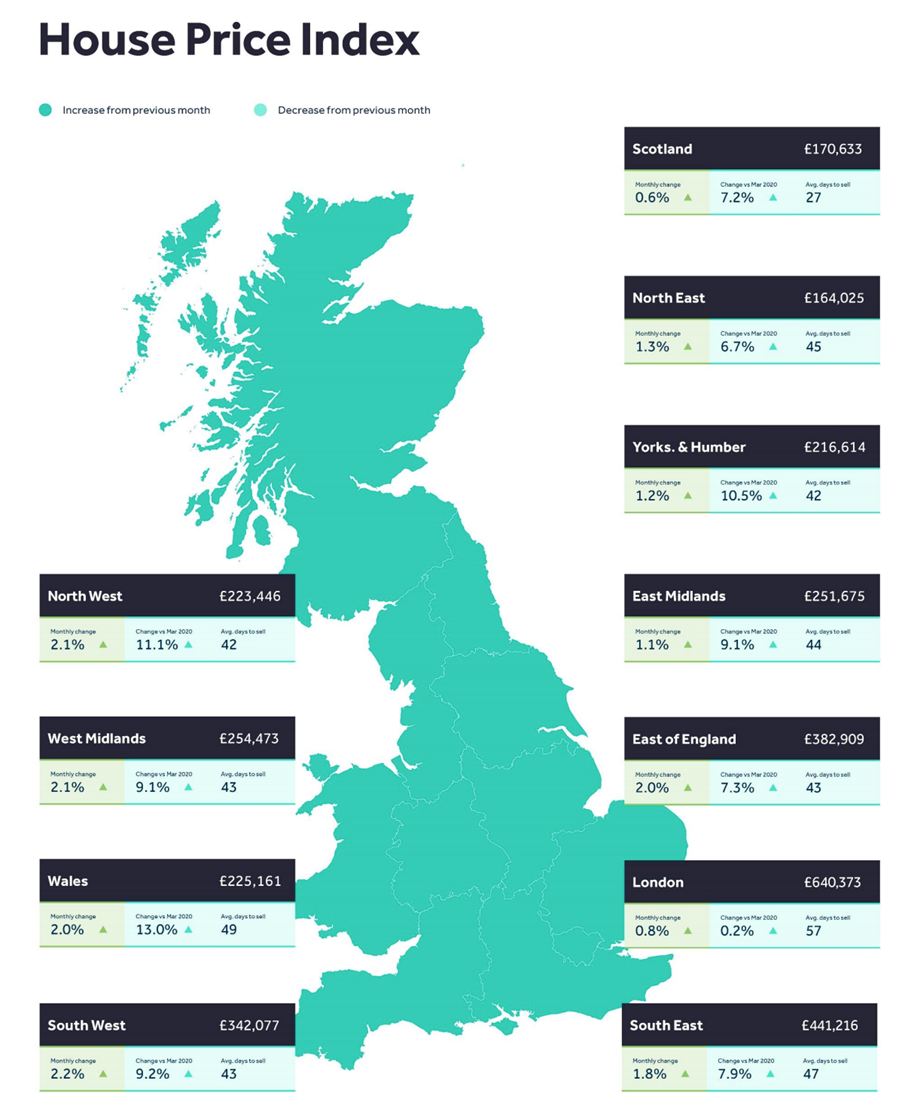